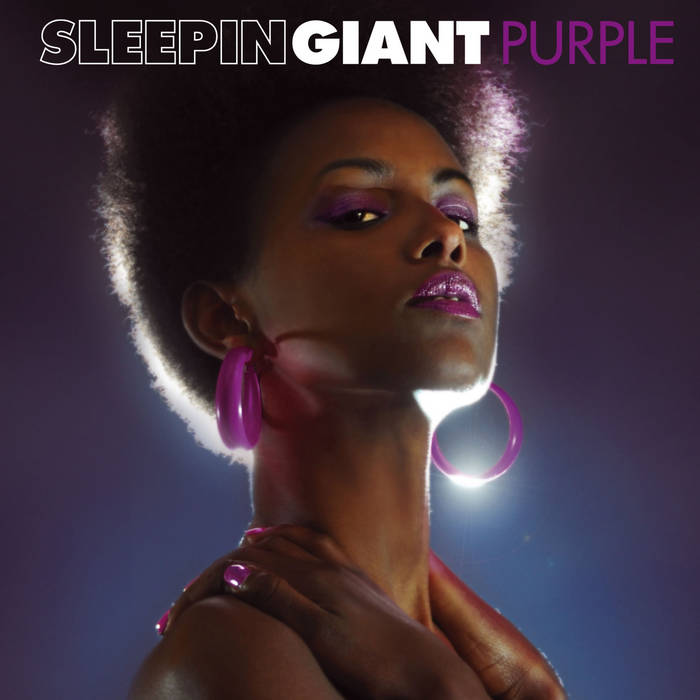 Sleepin Giant is an Amsterdam-based producer who has been bidding his time for over a decade, refining his craft, honing his voice. Purple is his first official release, following a debut appearance on Brussels' On Point label in 2012 for the Sweet Rendez-Vous remixes.

Purple has been two years in the making, a journey that began with the track Glitch written with NYC-based poet Aja Monet. It was on the strength of this demo that Original Cultures convinced Sleepin Giant to put together a whole EP of his own soul music. Another two vocalists were added to the mix: Bristol's Romaine Smith, a young singer full of promise who has worked primarily with Typesun, and Amsterdam's Ruben Hein, signed to Blue Note and one of Holland's most striking voices.

The music on Purple is soul, plain and simple. It draws from the same spiritual place as the likes of D'Angelo, The Roots, Erikah Badu or Jay Dee - from inside, from the soul. It's music to fall in love to, music to make love to, music to dream to. On each of the five songs the vocalists recount stories we can all relate to, stories of love, of things past, of things coming. The musical backdrop is stripped down to its bare essentials with an irresistible interplay between drums and bass alongside warm, sultry melodies that compliment the singing.

Purple is to be released on digital and 12" vinyl, featuring cover art inspired by the legendary Ohio Players albums, in mid April. It will be preceeded in late March by a digital single featuring Let's Get Serious and an alternate version of Hey Girl. In early May remixes from Typesun, Lewis James and EAN will be released digitally along four dancefloor tracks created during the process.

Early support for the release comes from Kutmah, Jay Scarlett, LV, Talib Kweli - who endorsed the video for Glitch - and Resonance FM.

Bandcamp Daily  your guide to the world of Bandcamp

YUNGMORPHEUS introduces his latest project, plus jams from Michael Sneed and Navy Blue